I wrote this letter to the Denton City Council ahead of an emergency city council meeting called for 8/12 to discuss public health and safety and the possibility of a mask mandate.

The first duty of any elected official is to keep people safe if it is at all within their power to do so. A mask mandate is not a magical solution that will eliminate all risk of catching the Delta variant for the people of Denton, but it will certainly help. It will provide cover for businesses to be able to require masks. It will both encourage and model good behavior ahead of what is sure to be yet another dire and dark period.

It will also contribute meaningfully to a widespread debate about public health -- both in this state and this country -- which has been derailed by elected officials who are recklessly endangering us for craven political purposes. I'm not sure when a significant portion of the people in this state decided that there's such a thing as an acceptable number of children in coffins, put there by a preventable illness, but they are as wrong today as they have always been.

The only acceptable number of children killed by a preventable illness is zero. There is no argument to the contrary.

Every one of you knows that a mask mandate will help. It is something that is within your power to do, and it will have a real and actual positive effect, as opposed to the magical thinking that simply encouraging masks will be enough because "everyone will do the right thing." After the last 18 months, we know that isn't true. We have more tools to fight Covid-19 than ever and yet this wave will be worse in many respects than any prior surge. This is primarily due to people NOT doing the right thing, which you also know.

You can do something, so you should. The first duty of any elected official is to keep people safe if it is at all within your power to do so. I hope you take this responsibility seriously. And I hope my expectation that you, our elected officials, will do the right thing is not simply more magical thinking. 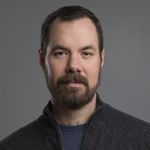 Minneapolis
Josh is a simple tyrannosaur.